MLB Sober Coach: Once again we have a sports pro that is using drugs. Given a ton of money and having been in ‘recovery’, the MLB has failed a player.

MLB Sober Coach: Once again we have a sports pro that is using drugs. Given a ton of money and having been in ‘recovery’, the MLB has failed a player. The pro sports teams do not understand addiction and simply give big chunks of money to the players with no guidance, no handlers, no budget and then acted shocked when they party. Where are the sober coaches? What is wrong with this picture? In the interview below Josh Hamilton is addressed as ‘wondering what his punishment should be’. There should not be punishment for addiction, there should be help and education on the FRONT end Major League Baseball, not on the back-end.  We are here at www.theaddictionscoach.com and www.sportsobercoach.com to help out and get the players on the right track.  MLB, you need to invest in your players. 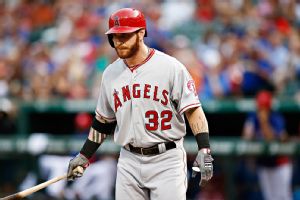 Los Angeles Angels outfielder Josh Hamilton suffered a drug relapse involving the use of cocaine and alcohol in the offseason, according to a New York Daily News report.

Hamilton has a well-documented history of substance abuse problems dating to his days in the minor leagues, when he was suspended from baseball from February 2004 to June 2006, for issues related to cocaine and alcohol addiction.

The Angels confirmed that he met with MLB officials in New York on Wednesday about a disciplinary issue but offered no specifics as to the nature of any offense.

“We’re all waiting for some information to come out of New York,” Angels manager Mike Scioscia said Thursday. “He obviously went up there for a meeting, and we’ll see how everything unfolds. But right now, we’re just in a holding pattern like everyone else.”

The Los Angeles Times earlier reported the meeting between Hamilton and the league.

The Daily News’ report follows tweets by Jon Heyman of CBSsports.com on Wednesday in which he wrote: “Hear hamilton had relapse. Believe occurred a couple months back. Involved at least cocaine.” In another tweet, Heyman wrote, “There’s no word of a failed test. Word is, Hamilton told mlb about relapse.”

Hamilton, who underwent shoulder surgery earlier this month and is expected to be out until at least May, has not been with the team at spring training in Arizona. The Angels have permitted Hamilton to stay at a friend’s house in Houston while he rehabs from the surgery, even though players typically stay with their teams in those situations.

One of the conditions of Hamilton’s reinstatement in 2006 was that he undergo drug testing three times a week. He had alcohol relapses in 2009 and 2012, bouncing back in between to make back-to-back trips to the World Series with the Rangers and win the 2010 American League MVP award.

He also took off the 2003 season, citing personal reasons. He did not play professional baseball from July 2002 to July 2006.

Hamilton signed a five-year, $125 million deal with the Angels prior to the 2013 season.

Roy Silver, a baseball academy owner who helped Hamilton about a decade ago, said that when Hamilton came to his facility nine years ago, there was no question about his level of inspiration back then.

“He was inspired. But he was driven to get back on the field because he was getting out of the gutter.” Silver said. He told a story about how Hamilton was so driven back then, he’d dive for fly balls when Silver was just hitting him fungoes “like he was a 10-year-old kid. It was fun to watch.”

Silver said Hamilton has never really grasped what an incredible talent he has.

“You can’t get in his mind and understand what a big leaguer is going through,” he said. “It’s just a different place. .. To be as good as he is and not understand it — he doesn’t really understand it. Guys who do it at that level, it’s just normal to them.”

He said he and Hamilton text and talk “about four or five times a year.” They’ve swapped a couple of “how-are-you” type texts in the last couple of days, but “I’m giving him space,” Silver said.

“We’ll talk in the future. That’s basically it. Whenever he’s ready.”

ESPN.com’s Jerry Crasnick and Jayson Stark contributed to this report.